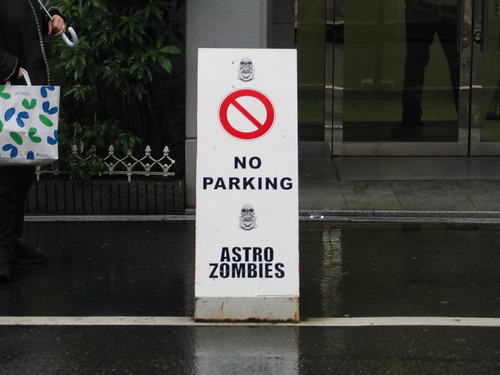 We're going to Japan in 2 weeks, for a year. I'm on sabbatical, Sarah's teaching, Sam will be in nursery school, Maia will be in daycare.

I'm going to start a blog from Kyoto, mostly about food, and I want some advice on programs, sites, and whatnot. So...
( If you have some clue...Collapse )
For those of you in email contact, my email won't change, so no worries there. And, of course, technically, I will be doing research on a new book. I will post musings about that here, probably, along with family and so on updates. If I think of anything clever to say about games and fantasy cultures and so on, I will put them on the other blog, under

clehrich.  But I don't know how much of that is actually going to happen: I have these grand plans, and then something always gets in the way.

General updates and insanity to follow, so feel free not to read this if you hate me.

So as of last count, I had a job, a kid, a wife, two books, some hobbies. Where do I stand now? I knew you were wondering, so I thought I’d post.

. The instructions, as he puts them, are as follows:

"Apparently, this is a list of the 50 most-visited tourist attractions in the world. Does not include places that are visited primarily as religious pilgrimages (Mecca, etc.). Bold the ones you have visited, italicize the places you would like to go, and then name one destination you would like to visit that is not on the list. "

I add: give each site you have visited between 1 and 4 stars (from bad to wonderful) for the experience you had there.

I recently noticed that I keep writing little sketches, on the blog and elsewhere, about why and how to read the work of Claude Lévi-Strauss.  In this little essay, I'm going to talk about how to read him, so at least I can point people here when it comes up.

It's making the rounds, and I got a cool demon, so what the hell.

Be sure you give the right answers or I'll have you killed, obviously.

My book is up to #30,003 on Amazon, which is very high for this sort of book, and you can now do the "search inside" thing. I have received fan email from several scholars, two of whom are actually sending me things by way of congratulations.

I don't really know what to say.

Hope they don't all hate it when they read it, whoever they are, is all I suppose I can say.

So after some helpful comments, I tried a fairly straightforward approach. It was all easy, really, because Sam was with the neighbors (whom he adores) until after 7:00, and we had nice weather here for once so he'd been running around and was pretty exhausted. He'd already eaten a lot of dinner, so no problem there.

Took him home, rolled him around on his tricycle, and bribed him into the house with ice cream. He ate some -- actually a frozen fruit bar, which he prefers anyway and is a lot better for him. Actually he ate a whole bar, which is a lot for a little guy. And a couple animal crackers. And some grapes. Then we ran around upstairs, but he didn't like the bath or bed idea, so we went downstairs and watched Totoro, which I'm trying to convince myself is educational because I always run it in Japanese. By 8:20 he could barely sit up, so up to bed, into the PJs, into bed, a little brief moaning, and out like a light.

I did promise him that Mommy would be home tomorrow whenever he asked, but on the whole he seems to have decided to be brave. It's not easy, since this is now the fourth straight night without her. But tomorrow, if all goes according to plan, he will be in the process of falling asleep when she comes home, and then it's all good.

On another note, I just taught my last proper class, finished my horrible admin letters, and am home free until next week when I start getting final exams and stuff. Two weeks and I am OUT OF HERE for the semester. Essentially nothing official until September. Yaaaayyyy!

Sarah flew off to Germany for a conference this Friday afternoon, and since then I've had Sam -- he's not quite two -- alone to myself. Yesterday I had a couple hours of shared babysitting, which means essentially a paid supervisor for playing with another kid. Sam was fairly saintly, although he did start asking about mommy rather more often yesterday than on Friday.

Today, all went generally fine, although it was clear he was a little stretched thin. I think he's getting a nasty cold, so have had to dose him with Tylenol, which fortunately he likes, but I'm sure feeling a little sick doesn't improve his temper. He wanted to go out all the time, but it's cold and nasty, so we went out anyway, well bundled up, and had an argument at 5:00 when the icy wind started and Daddy needed to make dinner.

Dinner time, he ate a little, but was not his usual chow-hound self.

Bath time, normally a huge thing for him, all about splashing and making a mess... a screaming meltdown. I have no idea what prompted it, in the immediate sense. I had to hold him down to scrub him fast and get him out and dry so his cold didn't get worse, which was no fun for either of us. Then I chased him up and down the hall for a bit, which perked him up, and then we read bedtime books. He was clearly tired, and ready for bed... and then it hit. I put him in the crib and he dropped on his knees and started sobbing, "mommy, mommy, mommy." I mean, you guys who've had 2-year-olds, you know what I'm talking about. This isn't tantrum crying, or pain crying -- this is deep anguish. I did the usual soothing things, and promised him mommy would be home soon, and he eventually decided to be brave. Since then, not a peep. What a great kid! But he's pretty upset.

Tomorrow, it's mostly not my problem, because I work ridiculous hours on Monday so he is on a rotating cycle. Day care, which is okay, then my neighbor whom he adores. Probably she (and her dog and her sister's kids) will keep him so distracted and entertained that he will wipe out easy.

Tuesday, day care, and then I pick him up and the nightmare begins. I've only got to get him through a few hours before mommy really does come home (assuming no delays and such), but it's going to be painful, if tonight is anything to go by.

How do single mothers do it? I'm a total wreck from one solid night-day-night with no breaks, and Sam is generally agreed to be one of the best-behaved kids his age around.

It doesn't help that Sarah is getting weather in the high seventies and low eighties, either.
Collapse